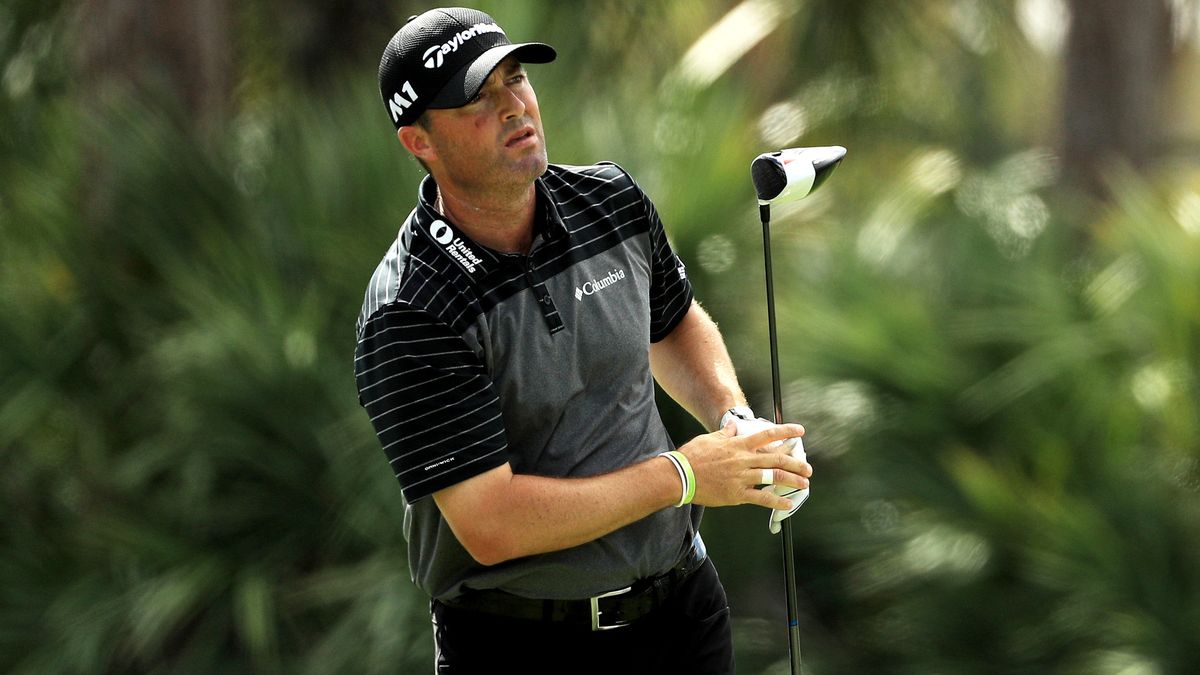 Ryan Hunter Palmer (born September 19, 1976) is an American professional golfer who plays on the PGA Tour.

Born and raised in Amarillo, Texas, Palmer graduated from Amarillo High School in 1995. He played college golf at the University of North Texas (one year) and then transferred to Texas A&M University for his final three years,[1] graduated in 2000, and turned professional. In his early professional career, Palmer played on the mini-tours (Tightlies Tour and Hooters Tour) from 2000 to 2002.[1] He played the Nationwide Tour in 2003, winning the Clearwater Classic and finishing 6th on the money list to earn his 2004 PGA Tour card.

Palmer’s first career PGA Tour win came at the 2004 FUNAI Classic at the Walt Disney World Resort, with a three stroke victory over Briny Baird and Vijay Singh. Four years later, he earned his second career win during the PGA Tour Fall Series, at the 2008 Ginn sur Mer Classic where wet, rainy conditions made the course play tough all week. He won by making a ten-foot putt for birdie on the final hole on Sunday to finish seven under par and win by one stroke over five players. He was 143rd on the money list entering the week, but this win secured his playing status on Tour for 2009 and 2010.

In January 2010, Palmer won his third career PGA Tour title at the Sony Open in Hawaii. A final round 66 secured his victory by one stroke over Robert Allenby.[2]

Palmer came close to winning a fourth career title at his hometown event the HP Byron Nelson Championship in Texas in May 2011. Palmer entered the final round leading by one stroke, but as the final round progressed in windy conditions he had to hole a birdie putt on the last to enter a playoff with Keegan Bradley. On the first playoff hole, the 18th, both players hit their tee shots out to the right amongst the trees. Bradley played his approach to just short of the green whereas Palmer hooked his approach shot into the water. Palmer pitched up close to the hole and made bogey but Bradley was able to win with a pitch and putt par.[3]

In March 2014, Palmer lost another sudden-death playoff at the Honda Classic, after missing a five footer for what would have been the win on the 18th green in regulation play. He entered the four-man playoff, having been the only one to shoot an under-par final round. However, in the playoff, after missing the green in two, he could not get up and down, leaving Russell Henley to hole from three feet for victory. This was Palmer’s second runner-up finish of the year, after finishing two shots behind Patrick Reed at the Humana Challenge in January 2014.

Palmer started the 2017–18 season on a Major Medical Extension under the family crisis provision as his wife underwent chemotherapy treatment. He met the terms of his medical extension at the CareerBuilder Challenge, then lost in a sudden-death playoff at the Farmers Insurance Open the following week. Trying to end an eight-year winless drought on tour, Palmer, playing in the final group, birdied the 72nd hole to join a playoff with Jason Day and Alexander Norén. However, Palmer was eliminated at the first extra hole, as he could only make par to the other’s birdie on the 18th.[4]